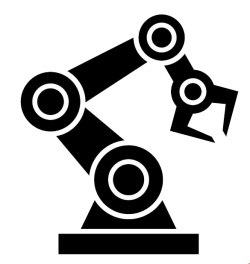 The RoboSynFarm feasibility study was evaluated under Horizon2020 program SME1 instrument by exploring growth and market potential. Scientists in academia and industry who perform R&D in nature, life sciences, agro, biotech and material science disciplines are facing problems related to novel commercially available synthetic molecules. Novel molecules are expensive to develop also the process is very time consuming. Applying robotics, particularly developing the novel Robotic Synthesis Farm (RoboSynFarm) the high throughput production capacity could be sharply increased yielding not only a large number of novel molecules but also reducing the price and having great impact on the R&D outcome. Any solution reducing costs or speeding up R&D obstacles have major impact and positive outcome directly and indirectly to the society. The RoboSynFarm could indirectly improve the world by supplying the molecules for R&D as they are vital for science progress, innovation in the XXI century and discovery of new biological active compounds combating many diseases, new diagnostic tools used in clinical practice for humans (or livestock), new molecules for bio, nano, material sciences (liquid crystals, solar elements, organic batteries, catalysts etc.) in EU and around the world. The main objective of the RoboSynFarm feasibility study is to critically evaluate the RoboSynFarm business profit growth including market potential.The summarized calculations show that a total 2,75 mln EUR investment is needed to complete the initial RoboSynFarm BB and SC complexes. As a 2.75 mln EUR initial investment is not sufficient for reaching the targeted 1000 robots a further 3 mln EUR investment is needed to reach that number. However, investing in 1 RoboSynFarm complex the next 3 complexes could be added from the revenue generated from the initial investment. Based on conducted forecast not all synthetic molecules would be sold at once, however, this would lead to a cumulative (compounding) effect where previously synthetized molecules would be in stock and help to increase the sales in the future. By using optimistic and pessimistic scenario with 4% and 6% interest rates respectively the calculation for generating positive cash flow also for the loan repay and adding additional 3 complexes were forecast-based on the production throughput/sales potential of the first complex of the RoboSynFarm. The obtained results of the feasibility study clearly show the potential of growth and expansion with short return on investment (ROI) payback. In addition, as initial investment is sufficient for generating revenue and sustainable growth the feasibility study helped to confirm the profitable case of the RoboSynFarm concept. Acknowledgment We would like to thank for the opportunity to participate in the Horizon2020 SME1 program. The SME1 program gave us the chance to critically evaluate our idea and we are very thankful for this possibility.